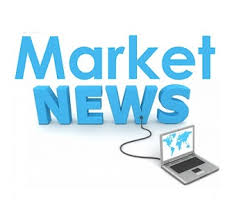 The euro surged to a 52-week high against the dollar as investors took comments from Mario Draghi about the region’s pivot from “deflationary forces” to “reflationary ones” as a sign that he was preparing to taper the ECB’s bond-buying programme – once senior figures made it clear that he had been misinterpreted, the euro fell back a full cent.

The pound jumped 1.2% (ending the week above $1.30) after the governor of the Bank of England said he was prepared to raise interest rates if UK business activity increased – just a week after saying “now is not the time” for a rise.

Staying in Europe, the state-backed rescue of two regional Italian banks was criticised for failing to adhere to the nascent EU banking union. Under the deal, Intesa Sanpaolo, will absorb the prime assets of two failed lenders, but the Italian government is using €17 billion of taxpayers’ money to protect senior creditors from losses.

By contrast, in the United States, the Federal Reserve said that all 34 financial companies passed its latest round of stress tests, leaving banks free to provide shareholders with increased dividend pay-outs and share buy-backs.

The IMF lowered its growth forecasts for the US economy to 2.1% for this year and next as a result of slow progress on tax reform and fiscal spending – it also said that the Trump administration was unlikely to achieve its goal of 3% annual GDP growth over a sustained period of time, partly because the labour market was close to full employment.